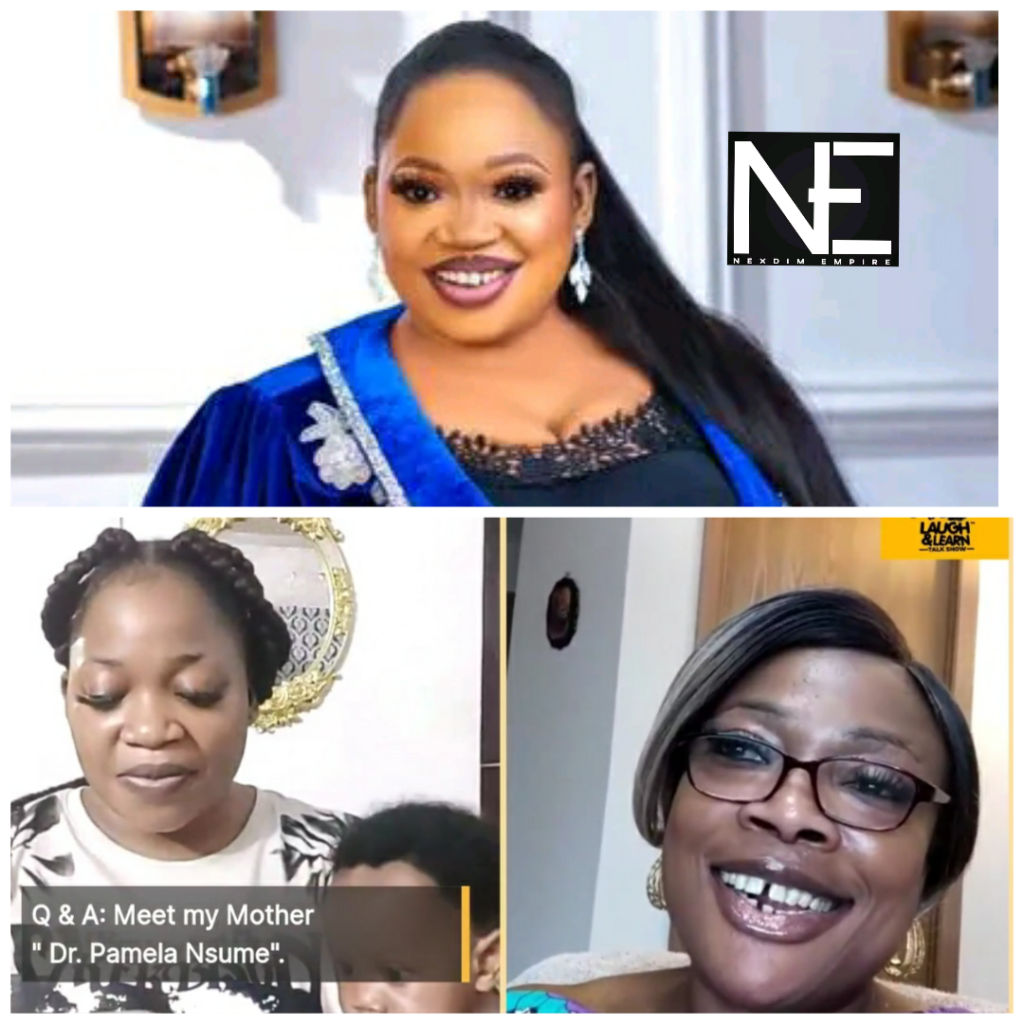 On the Laugh & Learn Show, Kobos took her audience by storm by bringing her hitherto estranged mother onboard.

Apparently, there was a void in the relationship between them but they’ve reconciled and currently building a solid love-bond.

It was a question and answer session in which Kobos uncloaked her travails in life without her mum and deadbeat dad, building her confidence and overcoming hurdles.

Her mum, Mrs Pamela chronicled how she abandoned Kobos as a toddler before taking an adventure abroad. The chemistry between mother and daughter was broken for so long; KOBOS was literally void of motherly love until 2009, when Kobos came in contact with her again.

They’ve had rugged moments; while Kobos was in Cameroon and when she lived with her mum in South Korea for 4 years.

Right now, they have burned the vestiges of the past, forgiven each other and happy again although they haven’t seen each other for 12 years

” I have lots of regrets. The first regret is the fact that I was not there for you. I was not there to tell you how beautiful you were, to make you know how strong you can be. People took advantage of your age and circumstances. The fact that I wasn’t there to put clean clothes in your bag to build your confidence. I cannot take credit for anything that you have become in life. The bridge was broken . There is a void I regret. God gave us the opportunity to make it up”

Her mum narrated how she almost aborted KOBOS due to the ordeals she was going through as a pregnant teenager. ” Your father didn’t want to identify himself with me. I was below the other girls he was dating. I was lust, he did not love me. He could prey on anybody” – Mrs Pamela

Rumours have been rife about Kobos sleeping with her mum’s husband while they live in the same house in Korea.

Her mum debunked the allegations :

“People don’t know the kind of man I was married to. That wasn’t true. With time, it has proven it ain’t true”

About women approaching men for a relationship:

She advises ladies not to limit themselves. If you’re a woman who admires a man, approach him and tell him how you feel about him. “Get into playing that game. Go for something you love”

FINAL ADVICE: Never leave your child at the mercy of another person. Be there for your child and stay emotionally connected with your child. They will become vulnerable.