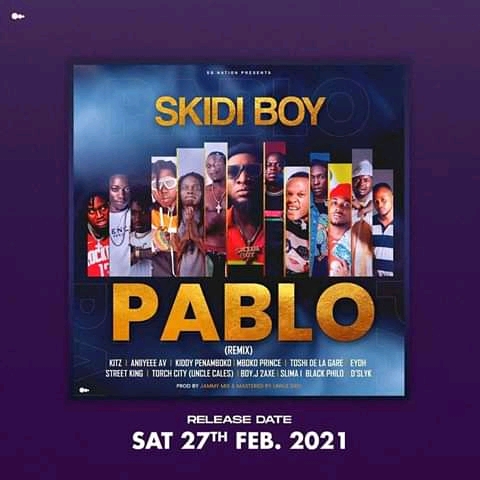 After the fuss about his arrest , Skidi Boy has assembled a cream of talented rappers on the remix of his controversial song “Pablo” . The  rappers comprise ; Kitz, Aniiyee AY, Kiddy PenaMboko, Mboko Prince, Toshi De la Gare,  Eyoh, Street King, Torch City, Boy J , Slima Westboy, Black Philo and  D’Slyk.
According to the rapper , he  copied from Stanley Enow’s “TVLH” initiative, which united artists in a bid to solidify and expose Cameroon Hiphop music.