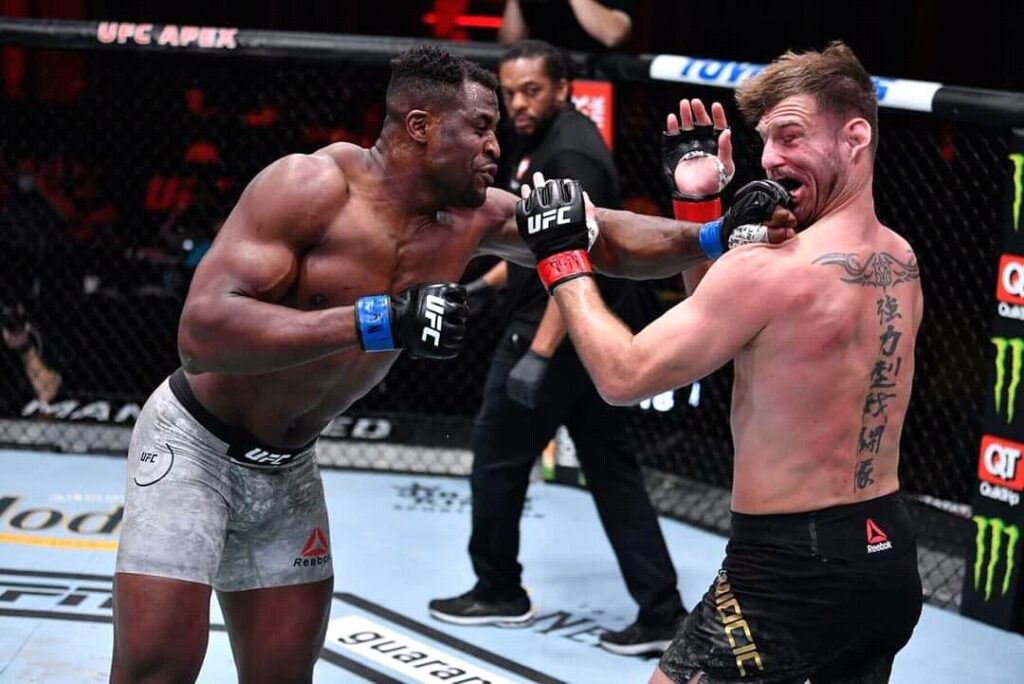 He pummeled the most accomplished heavyweight in UFC history with considerable ease.
Ngannou is now riding a five-fight winning streak, all by knockout.