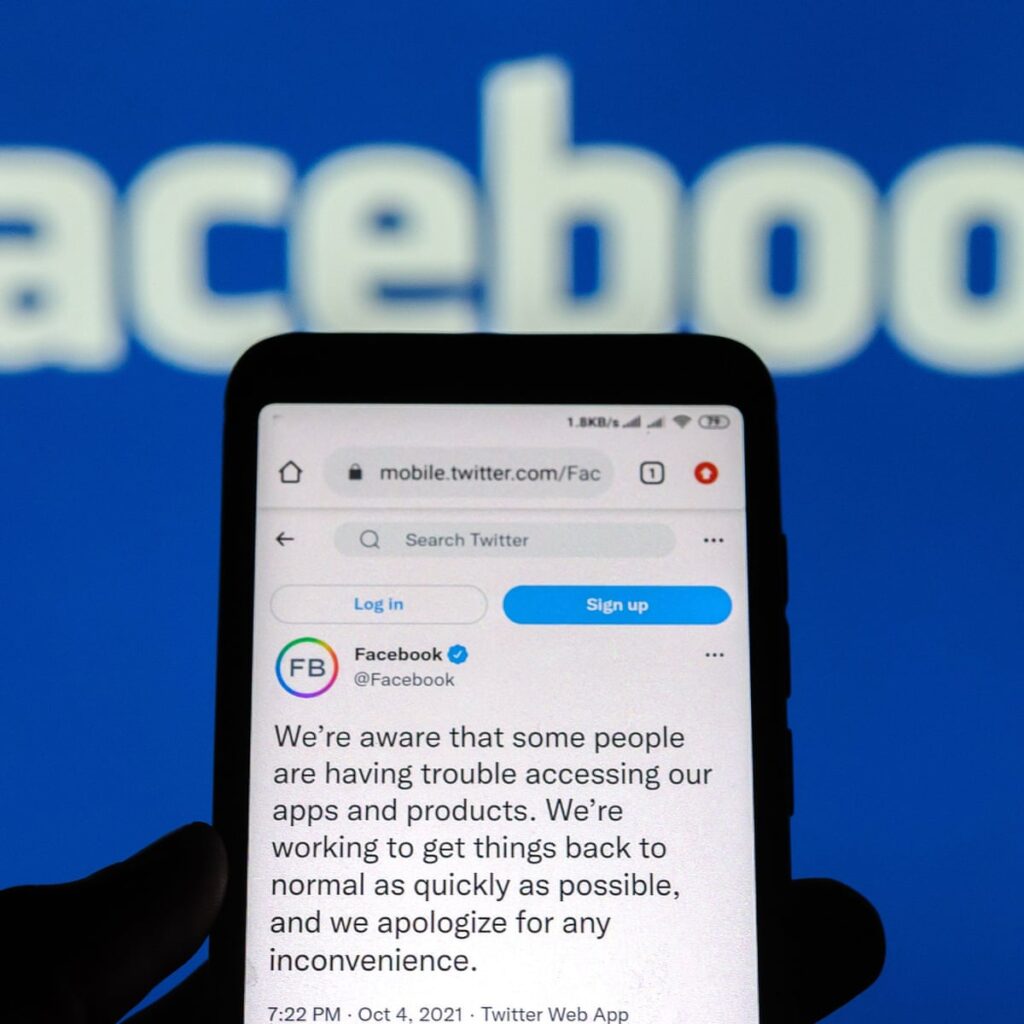 I personally felt my phone malfunctioned. I kept switching it off and on. And for a moment, it dawned on me, it could be another government security manoeuvre like what happened in January 2017. I was wrong.

It was actually an outage and it lasted for 7 hours drifting my attention to YouTube and Twitter.
Facebook and it’s family of apps; Instagram, Messenger, Whatsapp  are unarguably a linchpin for family/ friend connectivity as well as a sinew of business operations across the world.

The unprecedented outage kept 3.5 billion people at bay confirming the fact that our lives are reliant on the company. The impact was vast and devastating.

As these apps blinked out, there were unexpected domino effects such as people not being able to log into shopping websites or sign into their smart TVs, thermostats and other internet-connected devices.
The company has offered a blanket apology without stating with exactitude what went wrong. However, outside security experts have said, it was due to a server problem.
Reportedly the company’s CEO Mark Zuckerberg reportedly lost 6 billion USD in 7 hours plummeting his net worth ranking in Bloomberg’s list.
The black out comes when former Facebook employee and whistleblower Frances Haugen is urging the US Congress to regulate the social media giant against hateful content and misinformation.