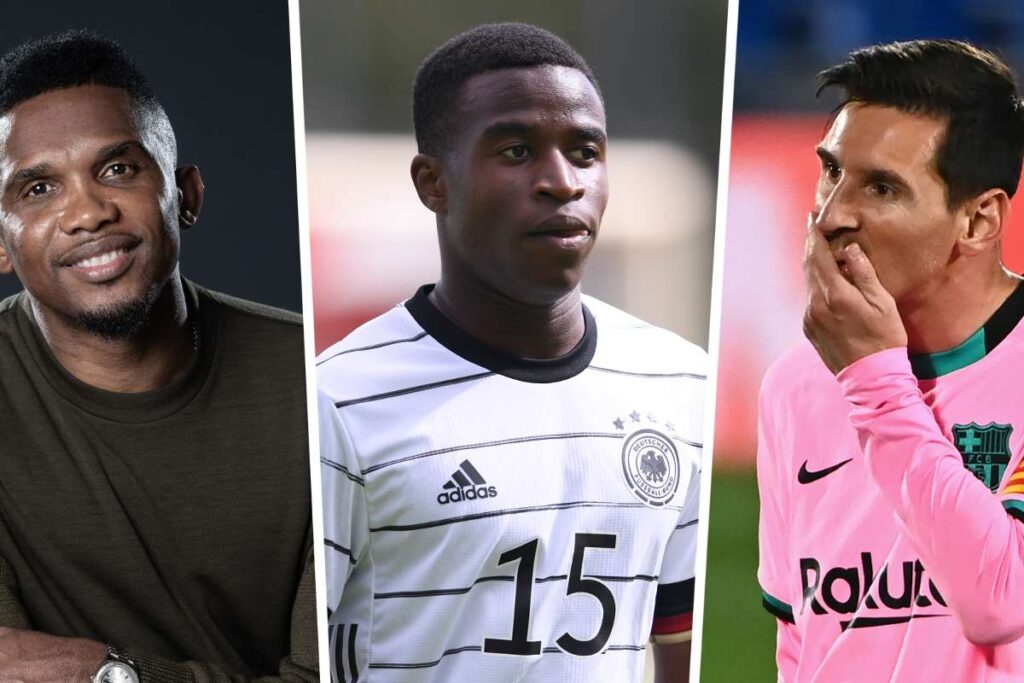 According to Samuel Eto’o, Barcelona should target Borussia Dortmund wonderkid from Cameroon Youssoufa Moukoko as the long-term successor to Lionel Messi.

The 15-year-old has been included in BVB’s Champions League squad this season, even though he isn’t eligible to feature in Europe’s premier club competition until he turns 16 on November 20.
Moukoko has scored a mind-blowing 134 goals in 86 appearances for Dortmund between U-17 and U-19 levels.
#nexdimempire #sports