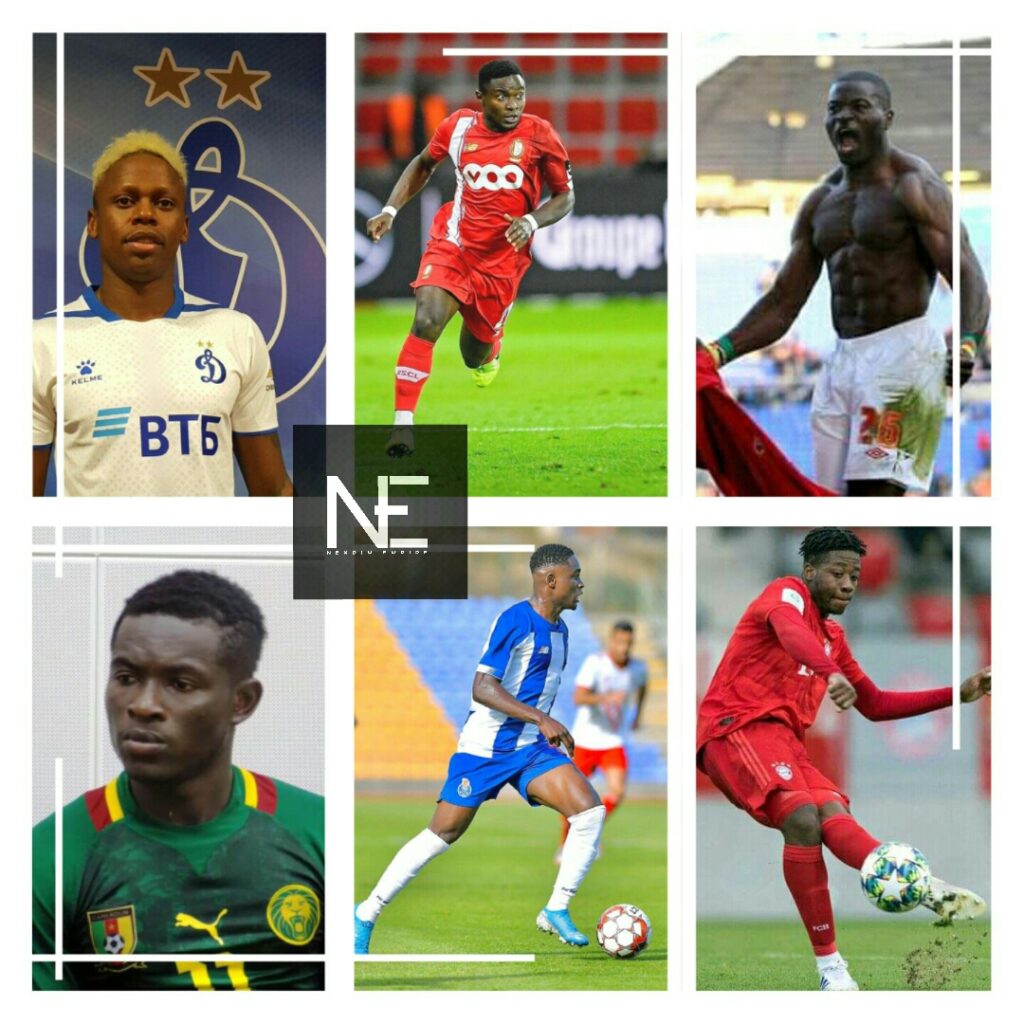 English-speaking Cameroon has produced a manifold of talented footballers who have displayed sterling qualities at the international level; Tataw Stephen, Ndip Akem , Agbor Hans, Atem Valentine etc . Their heroism can’t be quickly forgotten, for it is engraved in the annal of our football history. NexDim is eagle-eyed on Anglophone footballers gracing the international football scene.

Clinton Mua N’Jie was born on the 15th of August 1993 . He is a professional footballer who plays for Dynamo Moscow in the Russian Premier League and the Cameroon national team. He is known for his pace and dribbling skills. He is an alumni of Ecole de football Brasseries. Clinton has played for Lyon, Marseille and Tottenham.
N’Jie made his senior international debut for Cameroon in 2014 and represented the nation at the Africa Cup of Nations in 2015, 2017 and 2019, winning the 2017 tournament.

2. George Nganyuo Elokobi
He was born on 31st January 1986.
He is a Cameroonian professional footballer who plays as a defender for National League club Maidstone United. He has played for Wolverhampton and Nottingham Forest in the English Premier League.

3. Akwo Tarh Ayuk Taku
He was born on the 7th of December 1992 in Douala. He currently plays as a midfielder for Maidstone United. He started his career with Astre and Botafogo Douala before moving to Slovakia to play for Dunajska Streda. In France, he played for US-Roye Noyon in Championnat National 2.

Kelvin Ewome Matute was born on 10 October 1988 in Buea.  He currently plays in Italy for Taranto (Serie D) as defensive midfielder. He has also played for Udinese.

He was born on 11th February 1989 in Tiko. He plays as a defender for FC Astoria Walldorf in the German Regionalliga.

6. Enow Boris
He was born on the 3rd of March 2000. He plays for Lens B after leaving FC Porto as an offensive midfielder. He is an alumni of Ecole de Football Brasseries du Cameroun.

7. Felix Kekoh Ndifor
He was born on 2nd March 2001.
Ndifor plays for Admira Wacker in Bundesliga as a midfielder.

8. Brian Agbor
He was born on the 14th of June 2001 . He currently plays as midfielder for Royal Antwerp in Belgian League.

9. Prosper Koffi
He was born on the 1st of August 1992 . He plays as midfielder for Itabaiana in the Brazilian league.

10. Andersonho Ngomba
Born on December 30th 1994, he plays as midfielder for Aittitos Sparta in Greece.

11. George Bokwe
He was on on July 14h 1989 in Yaounde. He currently plays as goalkeeper for Mjondalen in the Norwegian league. He started his career with Coton Sport in 2014. He won the national cup with Indomitable Lions in 2017.

12. Lewis Mbah Enoh was born on the 23rd of October 1992 in Bamenda. He is a Cameroonian professional footballer who plays as a forward for Casa Pia on loan from Leixões (Portuguese Seconda liga) . He also played for Sporting B, netting 3 goals.

13. Eric Ayuk Mbu
He was born on February 17, 1997. Ayuk currently plays as a winger for Turkish club Ankaraspor.
He has played for Philadelphia Union and Bethlehem Steel in the US.

He was born on the 13th of August 1992 in Bamenda. He is a professional footballer, who plays for Belgian club Standard Liège and the Cameroon national team. He’s mainly a right back but he can also operate as a left back. Fai has played for Njalla Quan SA, Union Douala and Dinamo Bucarest.