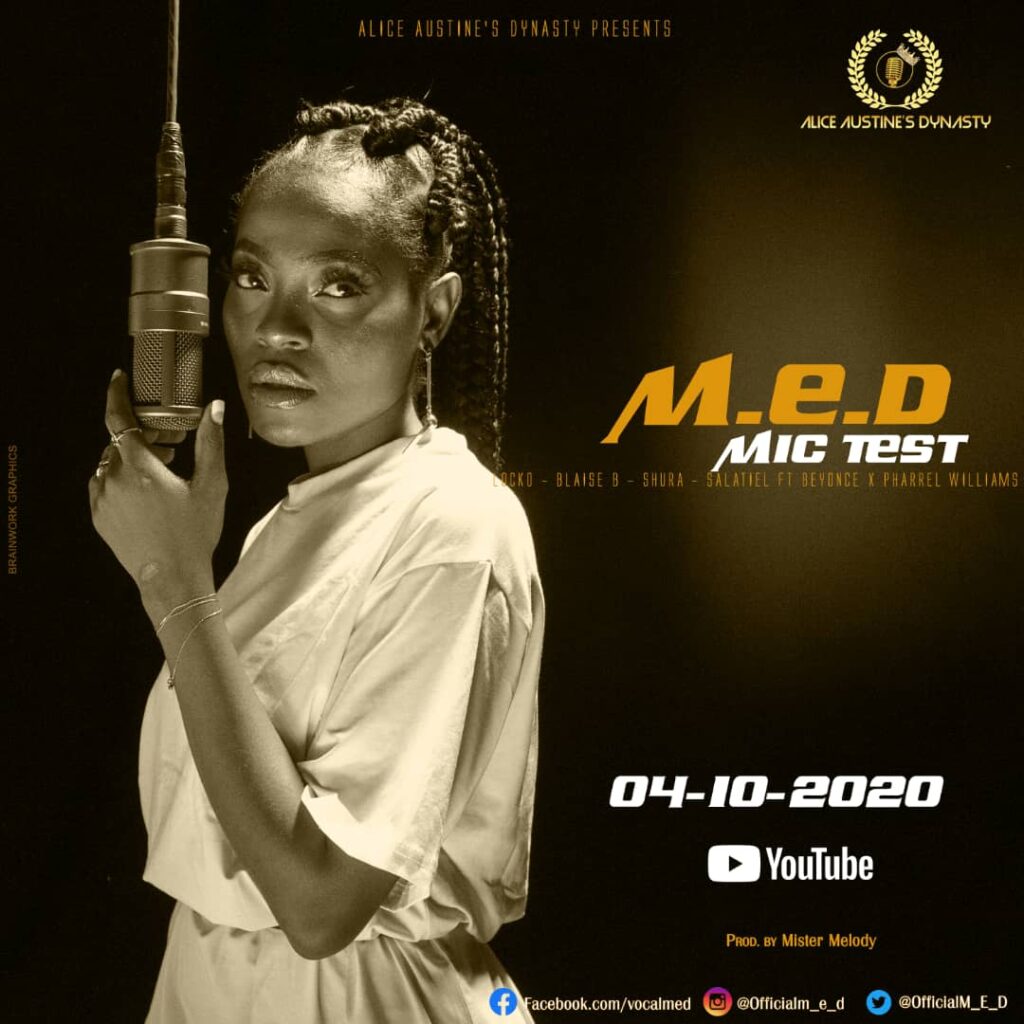 Dulcet-voice Lekunze Dora Elizabeth Magwidem is also known by the artistic pseudonym M-E-D. She has been a music enthusiast for over a decade. She developed inclination for music while at Full Gospel Band in Kumba, where she met Bosambe Manaseh. He introduced her to sound engineering in the year 2010. M.E.D  worked with him as his assistant on several projects alongside Slimbeatz.
She later moved to Douala and has been working as Mr Elad’s assistant.
In 2019, she joined the Alpha Better Band as a backup artist and has been involved in projects including Salatiel’s major concerts, MTN Concerts,  Betoo, Ngondo etc. She has also worked with Mr. Leo, Kameni, Gomez , Minks, Ko-C And Shura during the Johnny Walker Concert ( Tecno/ Jovi Concert).
She has also worked with Nabila and Ewube during their respective Ep Launch.
M.E.D performed as backup singer for Hiro during his K44 concert in Cameroon and also worked with all the Balentine Finalists During the Balentine African Tour With Fally Ipupa.
She has huge respect to Mister Elad whom she refers to as “My papa for entertainment industry”.
As she gears up for her debut single , this is a Mic test mashup for you to savour and gauge her extraordinary talent. ?? Full Video ?
https://youtu.be/PF4rL0uoy04