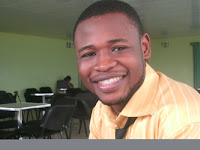 Ngwane Hansel is a renowned English-speaking comedian, whose works has earned him a solid reputation amongst fans of Intellectual Comedy. He is a holder of a Bachelor´s Degree in Political Science from the University of Buea, Cameroon, while honing his talents in English comedy. 1st of a family of 5, he grew up mostly in Buea  where he was inspired by legends like Chris Rock, Bill Cosby, Katt Williams, Steve Harvey and Eddie Griffin. He is the son of renowned Pan Africanist, Mwalimu George Ngwane and of Mrs Ngwane Jaqueline. He currently works for Hitv as a broadcaster and Tv presenter of his widely acclaimed comedy show, The Meet Hansel Show. His latest work includes his standup comedy special performance entitled ” It´s About time”.