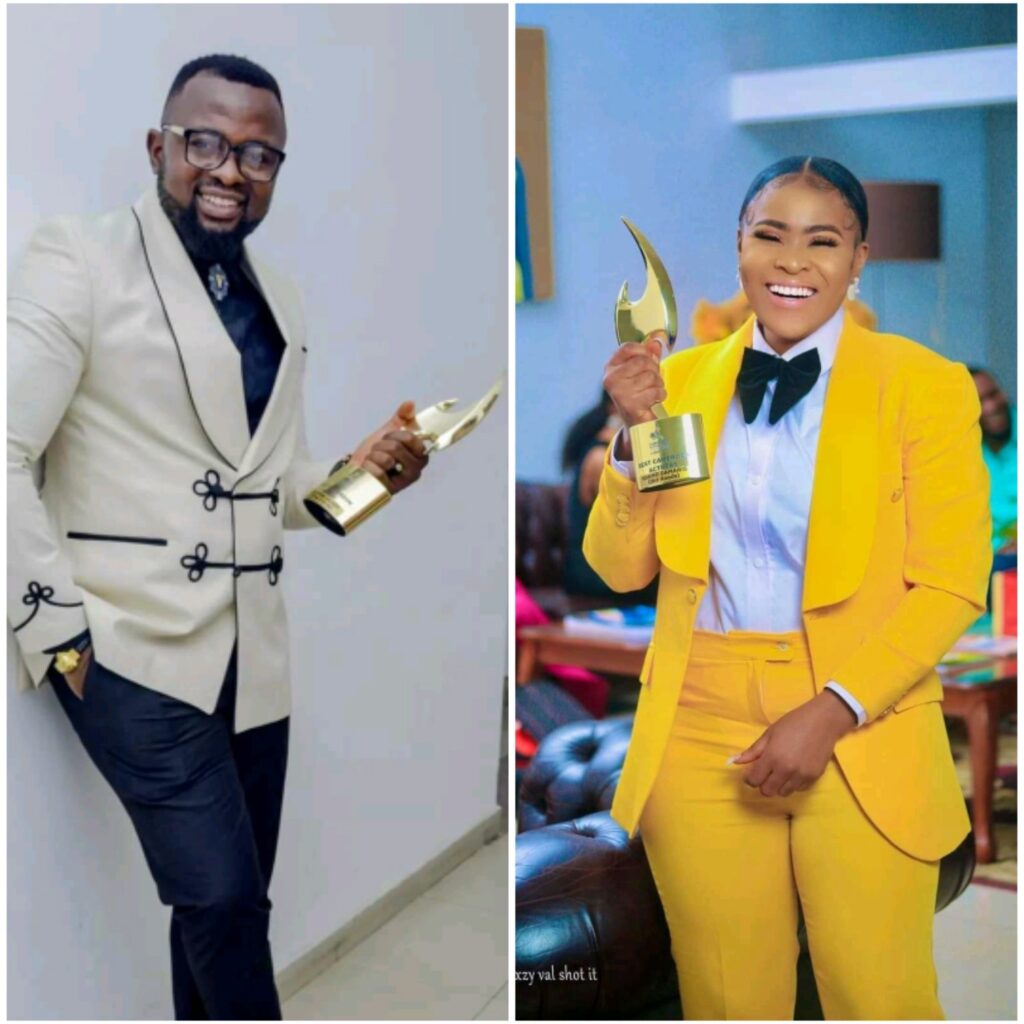 Nchifor Valery Awa is a proficient Cameroonian actor. He hails from Pinyin, North West Region. He is a holder of a BSc in Biology. Valery made an emphatic debut on the big screen in 2005, when he starred in “Leather Gangsters” alongside Anurin Nwenembom. The movie was directed by Rene Etta.

OTHER MOVIES HE STARRED IN:

Damarise Ndamo Beithang is a Cameroonian actress who hails from Mbande village,  Nkambe, North West Region.
Her maiden movie role was in 2014, the TV Series “Rumble” by BillyBob in 2014.
Damarise later rose to prominence following her supporting role in the multiple award winning TV series “Samba”. She played a lead role alongside Nadia Buari and Imeh Bishop in another award winning TV series “Apple For Two” which aired on Africa Magic Showcase.
Her adeptness continued to gain acclamation when she played another lead role in her maiden feature film “Wardzee” by Itambi Delphine.
“Wardzee” earned her an award in one of the biggest African Film festivals in London; Zafaa Global Awards for Best Supporting Actress in 2018.
Her salient role in “The Fisherman’s Diary” by Kang Quintus has been lauded by movie pundits and fans.