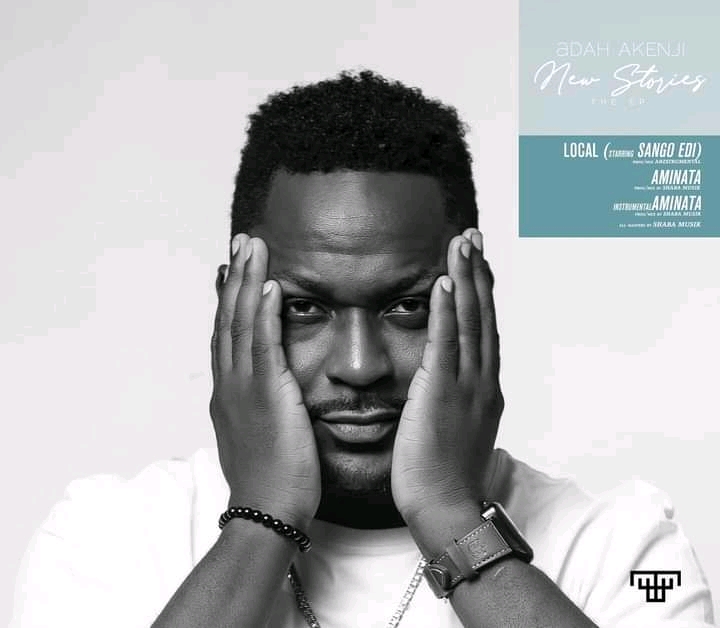 Adah Akenji made a mammoth impact in the music scene in 2011 when he released his delightful and birdsweet song “Nyango”.

Adah Akenji announced he was going to take a long break from video production from April 5th to focus on another business. This startling decision was received with mixed feelings and disillusionment from some of his fans.
It seems the nuptial union with singer Sandrine Nnanga has refueled his passion and inclination for music.
After a hiatus from the music scene, Adah has officially made a significant comeback with a 2-track-EP titled “New Stories”. The lyrical and vocal deftness of the song proves he’s invigorated and ready to run the race again.

“Aminata” produced by Phillbill is a sweet-sounding embroidery of Rumba and R&B. Adah’s lyrical ingenuity in blending Douala, French and English supplements the eargasm.

“Local” produced by Abz, featuring Sango Edi is a soothing and emotionally engaging tune. “Local” immerses you into a pool of love. Sango Edi vocally outperformed himself, proving he is an exceptional talent to behold.