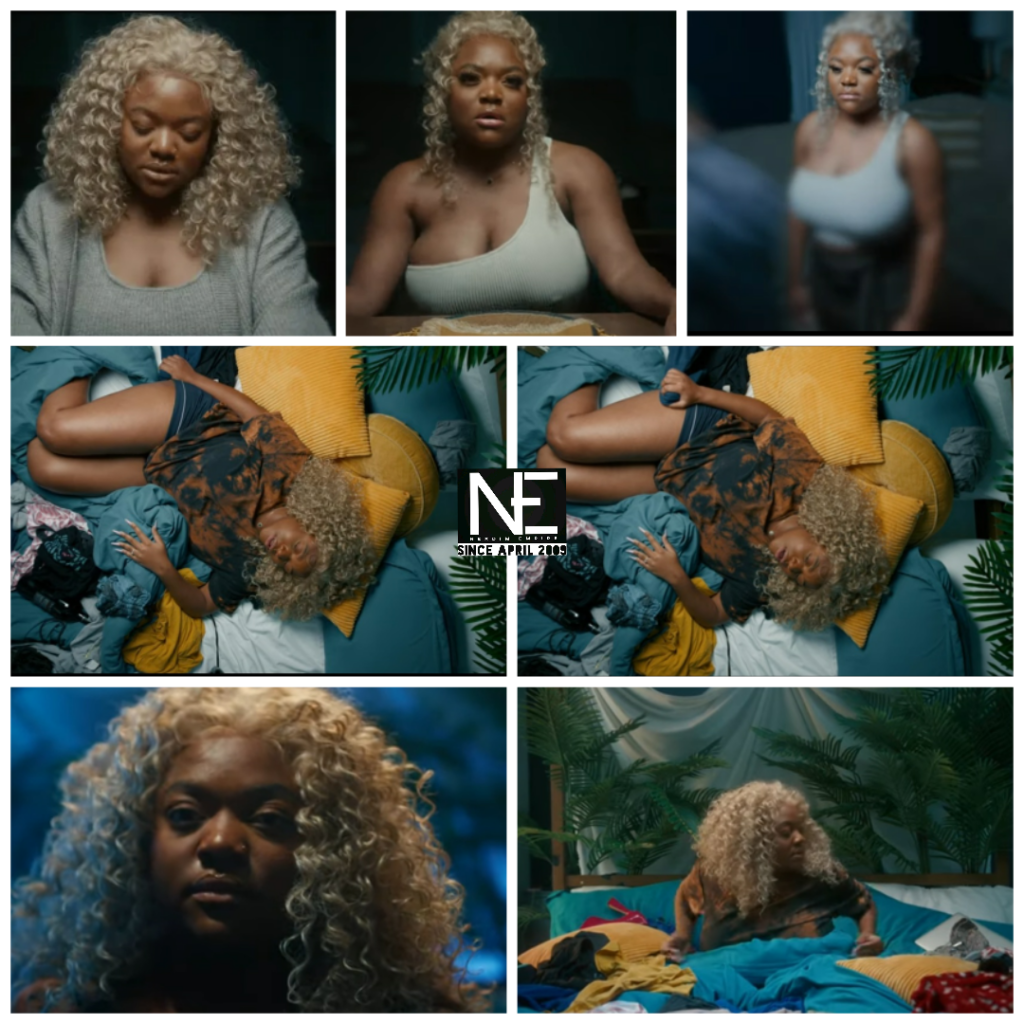 Libianca ‘s video is officially out. It has been received with mixed feelings by Cameroonians; some fans are satisfied with the video for being simple and poignant while others think the video is below expectation.

Some expected the lyrics of the song to sync visually with the concept. Meaning a concept that portrays her smoking banga, binge drinking etc.

Others think the video didn’t bring out the emotions penned in lyrics.

The director of the video Ceojay cleverly handled the concept in a very simple way that conveys the deep meaning of the song.

The video simply delineates emotions of depression and isolation.

It is clear his idea was to show some symptoms of depressive disorder and how friends can be untrustworthy in times of travails.

How does he present this ?

The only character in the video is Libianca. She is alone in her world which signifies abandonment, solitude and rejection; no one cares about her. This is exactly what depressed people go through.

Libianca’s video commences with a shot of her waking up at 1:30 pm, which is an unusual time to wake up. Normally, you would wake up in the morning to start your chores. Waking up late, signifies disrupted sleep cycle. This ties with that fact that she’s been into binge drinking.

What we keenly notice is that her bed is messy with clothes all over, connotative of her disorganized mental state. Most people suffering from depression do not have time for self-care. But atleast e brush e teeth.

3:30 pm, Libianca moves into the kitchen in utter restlessness.

While preparing pizza for her friends, she still sips alcohol which represents her addiction.

Now, the director introduces scenes of hallucinations. Visual hallucinations cause someone to see things that are not real, such people. She sees her friends dining with her and toasting glasses but in real life, no one comes to check on her. Even the friends that promised to come over later called to say they won’t make it.

There is a time when you need loved ones in your life but they are not there for you.

Libianca is going through a subjective feeling of isolation. “I wrote this song when I felt unheard and unseen” – Libianca stated.