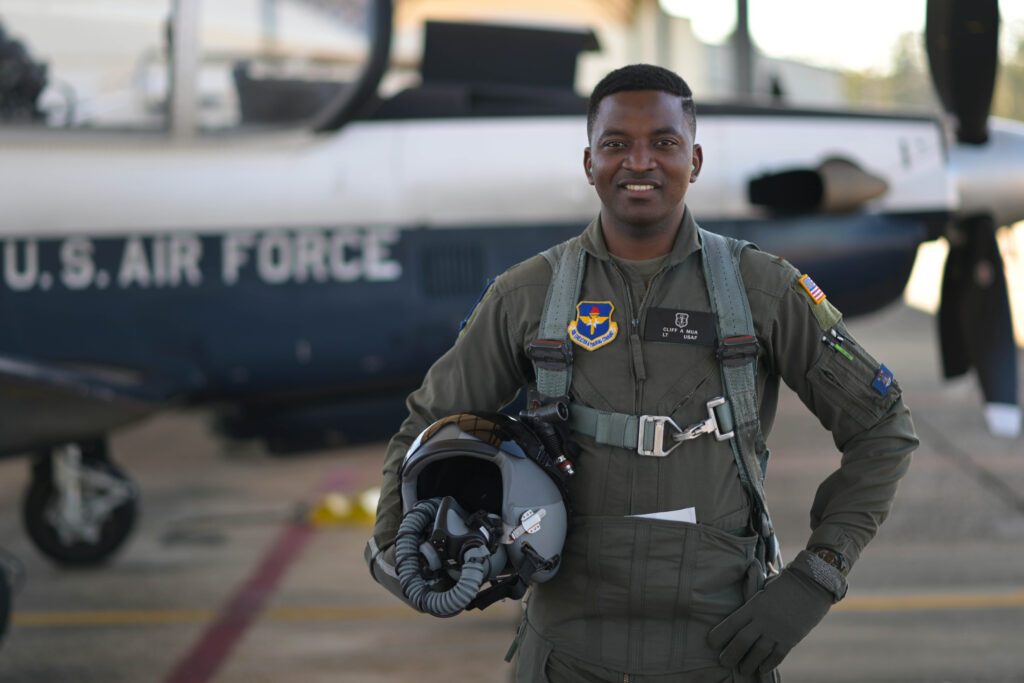 Cifford Mua like every Cameroonian endured the hardship of the country’s economy before winning the American DV lottery in 2013. Settling in the US, he faced cultural limitations. Language, food and weather were obstacles. But he was resolute that things will change with time. He made new friends, watched TV and adapted to the area to face the challenges.

While working in a Nursing home, he encountered a US Army National Guard who returned from deployment in Iraq. He told him he was interested in Aviation and science in the military domain. He was recommended to the Army National Guard, where he was enlisted as a medical logistics specialist in Michigan.

While going through Basic Military Training, he worked with an immigration officer to receive his citizenship upon graduation.

?? Mua worked at the Michigan National Guard Joint Force Headquarters as a part of the state partnership program office.

?? Mua was selected to represent his new homeland as part of the honor guard responsible for carrying the American and state flags at official ceremonies in partner countries.

He was later enrolled into the College of Aviation at Western Michigan University to pursue an aviation science degree while getting his private pilot’s license.

After obtaining a Bachelor’s Degree in Aeronautics/Aviation/Aerospace Science and Technology, he was hired by the 171st Air Refueling Squadron, 127th Wing at Selfridge Air National