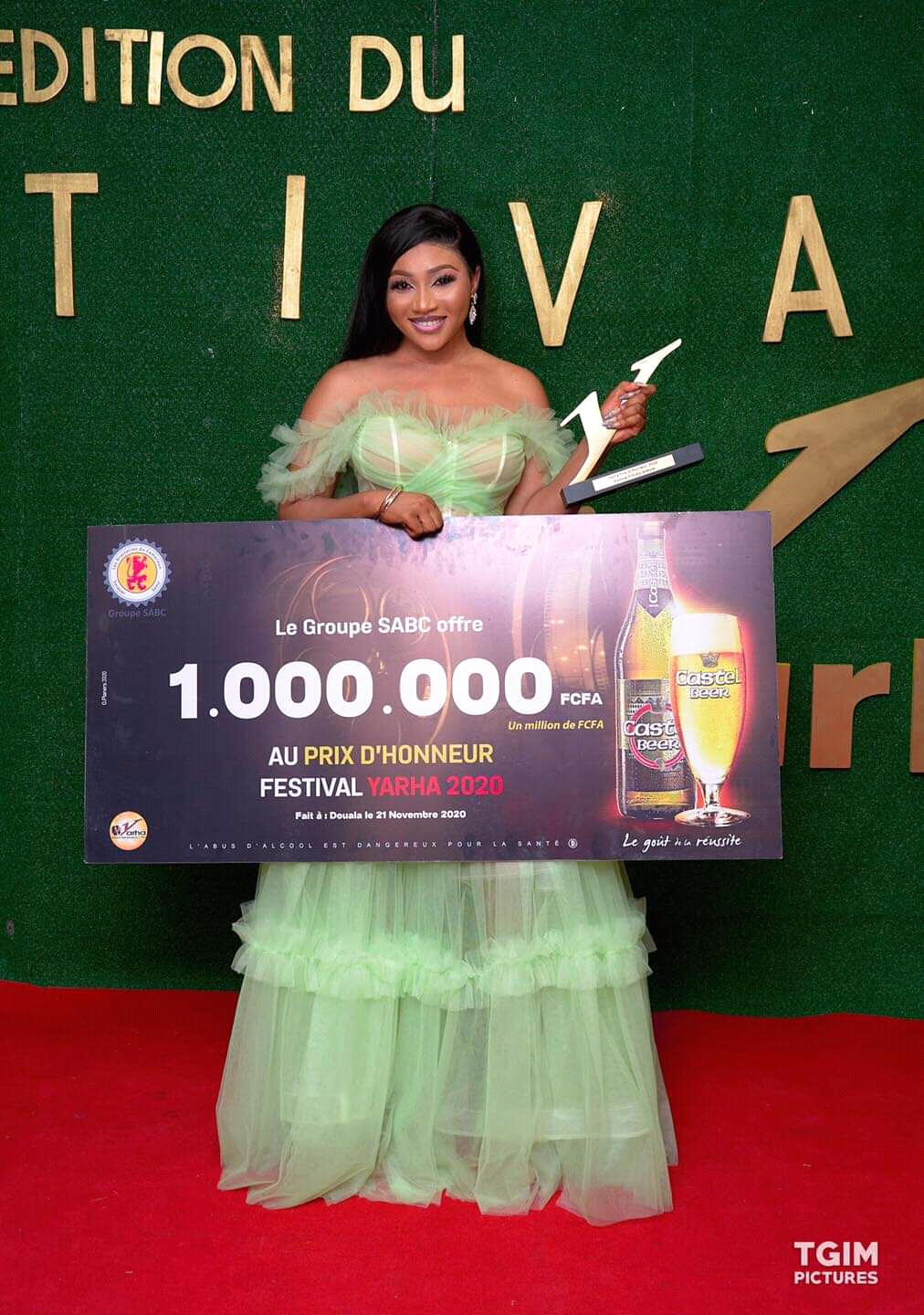 Syndy Emade , who played a lead role in “Virgin blade” has won Honorary Award with a cash prize of 1.000.000 FRS at YARHA Film Festival . In a Facebook post, the actress sequentially counted her blessings from 2002 to 2020.

My goal is not to be the best but to always know that ,I am my only competition so gats to work everyday.