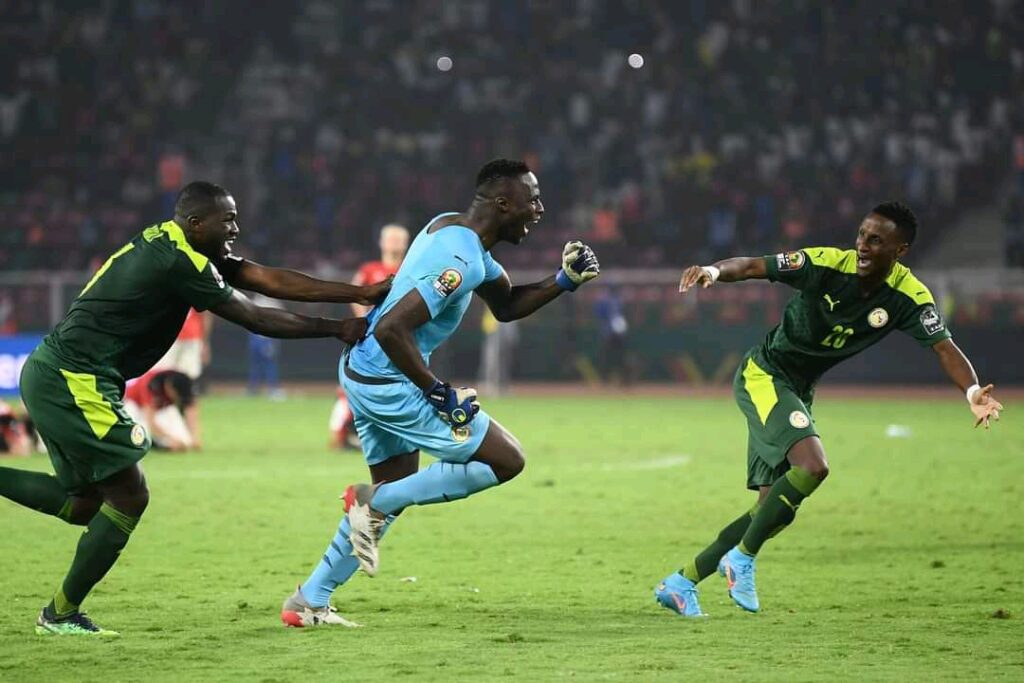 The Teranga Lions of Senegal have clasped their first AFCON gold, smothering Egypt’s dream of a record-extending eighth title. Senegal is finally having a maiden taste of continental glory after being deadlocked in 2002 and 2019 by Cameroon and Algeria respectively.

Sadio Mane scored the decisive penalty that sparked an unprecedented euphoria in Senegal .

Well, we have come to the end of the thrilling AFCON that held in Cameroon, widely considered as one of the best ever organized.

Egypt ?? settle as runners up while host Cameroon grabbed a consoling 3rd place after a dramatic comeback against Burkina Faso.

Vincent Aboubakar is the highest goal-scorer with 8 goals. He has been handed the golden boot award.

Senegal’s Edouard Mendy has been crowned Goalkeeper of the tournament probably not fair for Egypt’s goalie Gabaski, who was declared Man of the match.