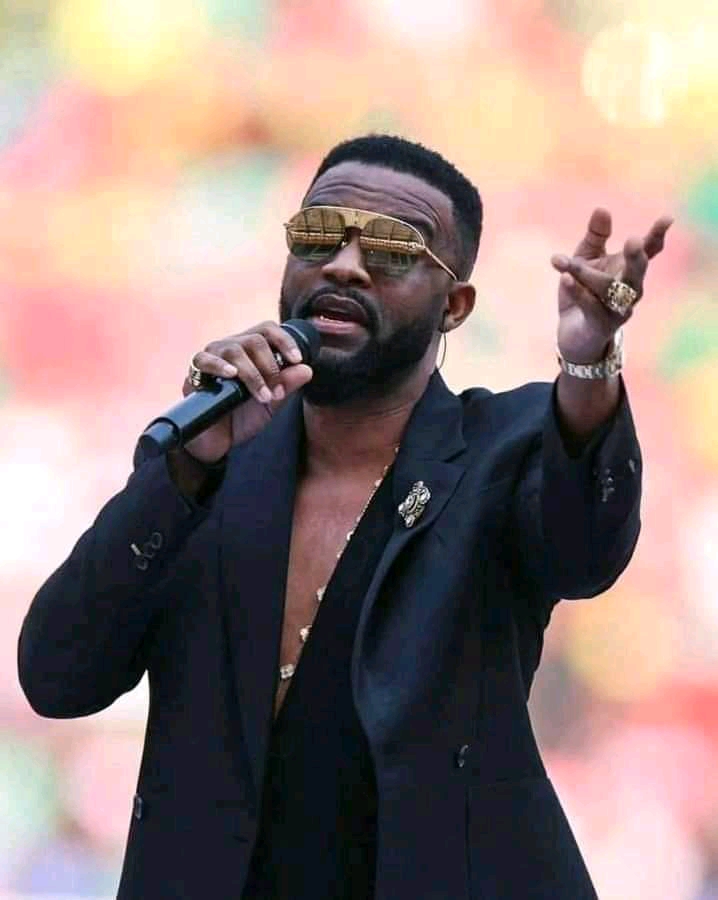 The African Cup Of Nations successfully kicked off yesterday at the state-of-the-art 60,000 capacity Olembe Stadium. It was all glitz and glam, exceptional choreography displays; representing Africa’s rich and diverse culture and epic pyro animations. The 3D animated lion which landed, roared and paraded the stadium was the highlight of the ceremony. It appeared only on TV though ?

“We never said don’t invite foreign artists. It’s an international competition, it’s normal that they participate in the ceremony but no Cameroonian artists represented?  It’s an insult”.

As usual he also tackled Fally Ipupa by backlashing his song and outfit infront of President Paul Biya ?;

“That oooohh ” un coup un coup un coup donne moi juste un coup je veux sentir ta chaleur donne moi juste coup”. With a naked torso shirt open to the waist in front of our president. Is that why they sidelined all Cameroonian artists?  Until I see people wanting to justify this. Fortunately the lions have won I’m a little happy. I was going to serve you tonight”.
Although Maahlox is misdirecting his aggression towards Fally Ipupa, his discontentment is that Cameroonian artists were devalued.

During some of the past AFCON opening ceremonies, artists of the host countries have usually had their fair share of the stage. The choice of Fally Ipupa as the sole performing act can be blamed on the local organizing committee; FECAFOOT and the Ministry of Sports.
Many netizens think the decision was influenced by Samuel Eto’o.
No gain saying Fally Ipupa is an internationally acclaimed artist who by all criterion deserved to grace that stage but I suggest he should have been accompanied by a Cameroonian artist. “… so when they go doing things back back, using unorthodox tactics, pipo just di look them say dat disorganised artists and their chakara dong come again… If we do not organise and professionalise ourselves and set our own common standard, no one will set it for us” – Wax Dey