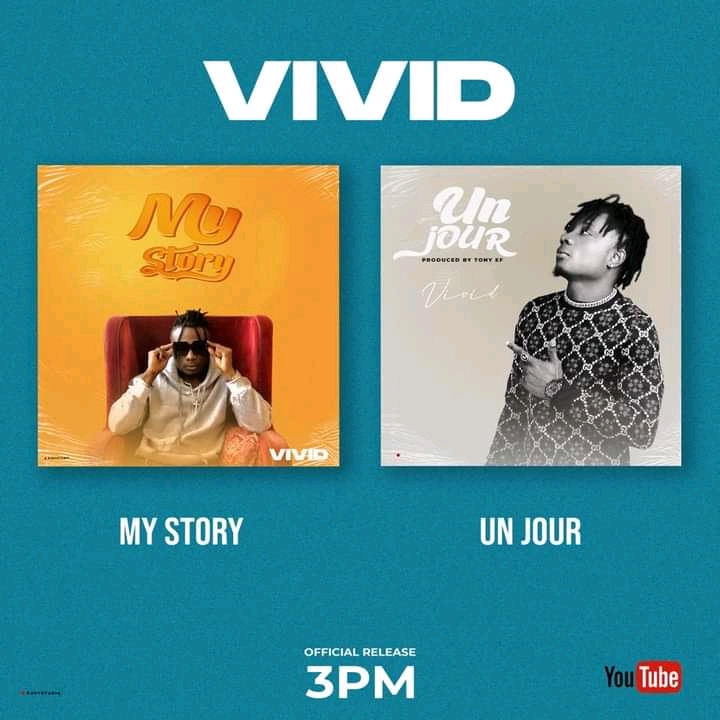 Vivid has churned out two massive motivational tunes titled “Un Jour” and “My Story”. “Un Jour” chronicles his rugged journey  as an artist and his breakthrough after being called up by Tzy Panchak  for a collabo. In the song, he mentions Manifrieni, who worked with him under Neat & Mane Production. The song conveys a message of resilience, tenacity and hardwork.

In “My Story”, he celebrates and shows gratitude for his success.
Vivid is lyrical skillful and his vocal adroitness makes him a topnotch music sensation