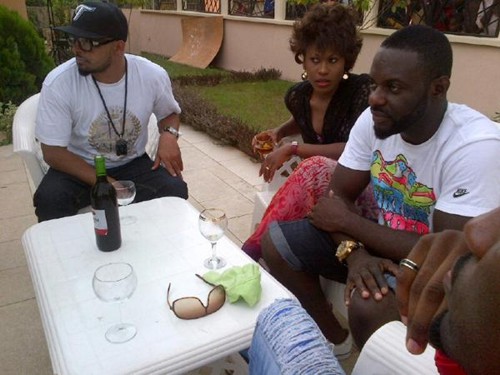 Sultry Nollywood bad boy actor,James Ikechukwu Asomugha popularly known as  Jim Iyke is back in Cameroon to shoot his own movie after he was injured in Limbe for a reason we won’t disclose here. Anyways, some sources say he was trying to escape from excited female fans who wanted to touch the star’s garment while others say he got involved in a scuffle .

”Blood and Wine” is a romantic tale that is presently being shot in Douala, Buea and Limbe. Star actress Uche Jombo who just recovered from an  accident is starring in the movie. The movie is being realized by Untamed Production. Cameroon seems to be a fertile ground for Nollywood icons.

1 thought on “Movie: Jim Iyke and Uche Jombo in Cameroon”