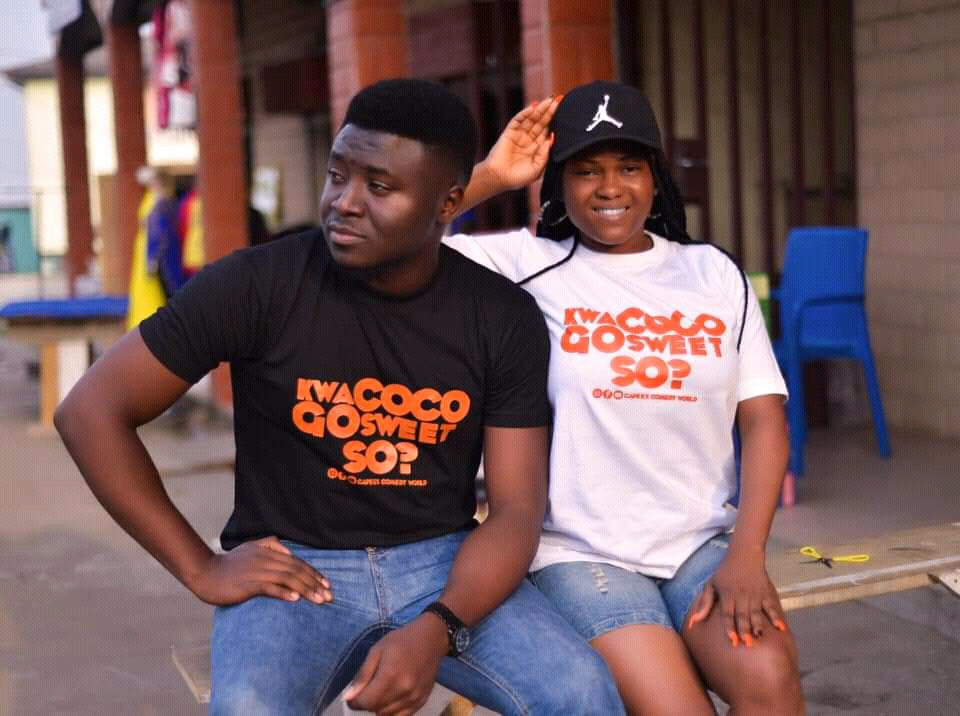 Lovert Lambe “Copees ” and Mbeng Lilian “Caro” are enormously contributing to the renaissance of comedy in Cameroon.

Playing the role as couples with dramatic mood swings and living in an indigent condition , they depict a typical tenancy setting replete with gossip , intermeddling  with neighbor’s affairs and quarreling . Caro is the chatty and gabby type of character . Her sense of humor is out of this world.
Capees Comedy World gives you a vivid  image of an idealized “quartier” environment and its activities. The language ; Cameroonian pidgin adds a better flavor to the comic undertone.

WHAT’S YOUR OPINION ABOUT THEIR COMEDY ?