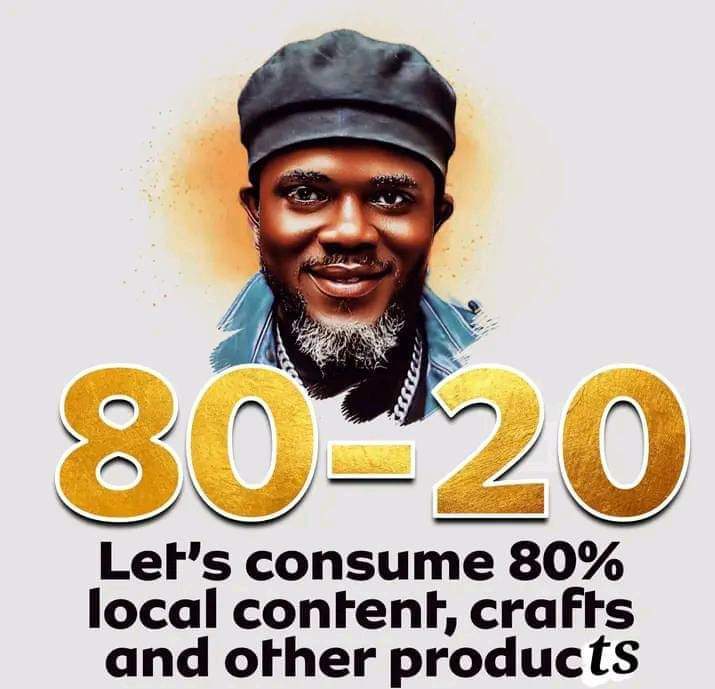 The music quota system is a form of cultural protectionism in which quotas set an absolute limit on the amount of foreign music that can be aired on radio, TV, public places or generally consumed by a nation.

It is aimed at prioritizing and valorizing domestic content.

The idea of Protectionism has nothing to do with Cameroonians cooperating with Nigerians. It is an internal policy that gives preference to Cameroonian cultural products.

The misrepresentation of the concept of 80/20 is making Nigerians feel Cameroonians hate them.

This is because proponents of the concept have wrongful presented it and have been critical of Cameroon’s collaboration with Nigeria, instead of preaching based on an internalized perspective.

OLD Pancho and cohorts are advocating for an 80/20 percent quota system that will culminate in curbing the permeability of foreign music, with primary focus on Nigerian music. Meaning what we should consume more should be Cameroonian and limit Nigerian music.

It is a brilliant patriotic idea to preserve Cameroon’s cultural heritage and identity.

But how do you dissuade Cameroonians from consuming foreign music in a digital era?. This is the question that begs for an answer.

Globalization has blurred musical boundaries and the world is jiving to rhythms without caring where it comes from.

In the era of vinyl, cassettes, CD tapes, a policy of protectionism was possible but in this digital age of streaming and music virality on internet space, it is difficult to control.

Music is freely available to consumers on the internet and their choices are unrestricted.

Australia implemented the music protectionism policy in 1992, the South African Music Local Content Regulation was implemented in 1997, Spain promulgated the law in 1998 and the list goes on. But in recent years of digital media, it has been difficult to practice cultural protectionism.

Consideration has to be taken into the mediums in which foreign music is being accessed.

In a digital age of streaming platforms, in which songs go viral on TikTok and other robust promotional platforms, it has become a herculean task to cushion the influx of foreign music.

From findings, the songs people request in clubs for DJs to play are principally influenced from online trends. Consumers gravitate towards those trends and that’s what they demand, no matter the nationality of the artist.

Protectionism policy can only be implemented by the government. But Cameroon doesn’t have an organized cultural sector that can ensure that there is a regulatory barrier on foreign content.

When a robust fight was launched against music piracy in 2005, cassette vendors bribed to keep bootlegging.

Fighting against foreign music infiltration on the internet is a backbreaking task. For artists to incorporate originality and inherent identity into their music is a brilliant idea but restricting foreign music is not feasible in this Digital era.

The Radio and TV stations are businesses that make money from adverts. They operate on an audience-comes-first approach especially now that they are in a stiff competition with digital channels.

They won’t take the risk to play 80/20 to the detriment of their businesses.

Given Nigeria’s physical and cultural proximity to English-speaking Cameroon, instituting the policy of protectionism will be a hard nut to crack.

Cameroonian artists should rather keep producing good music that can compete internationally and leverage collaborations.