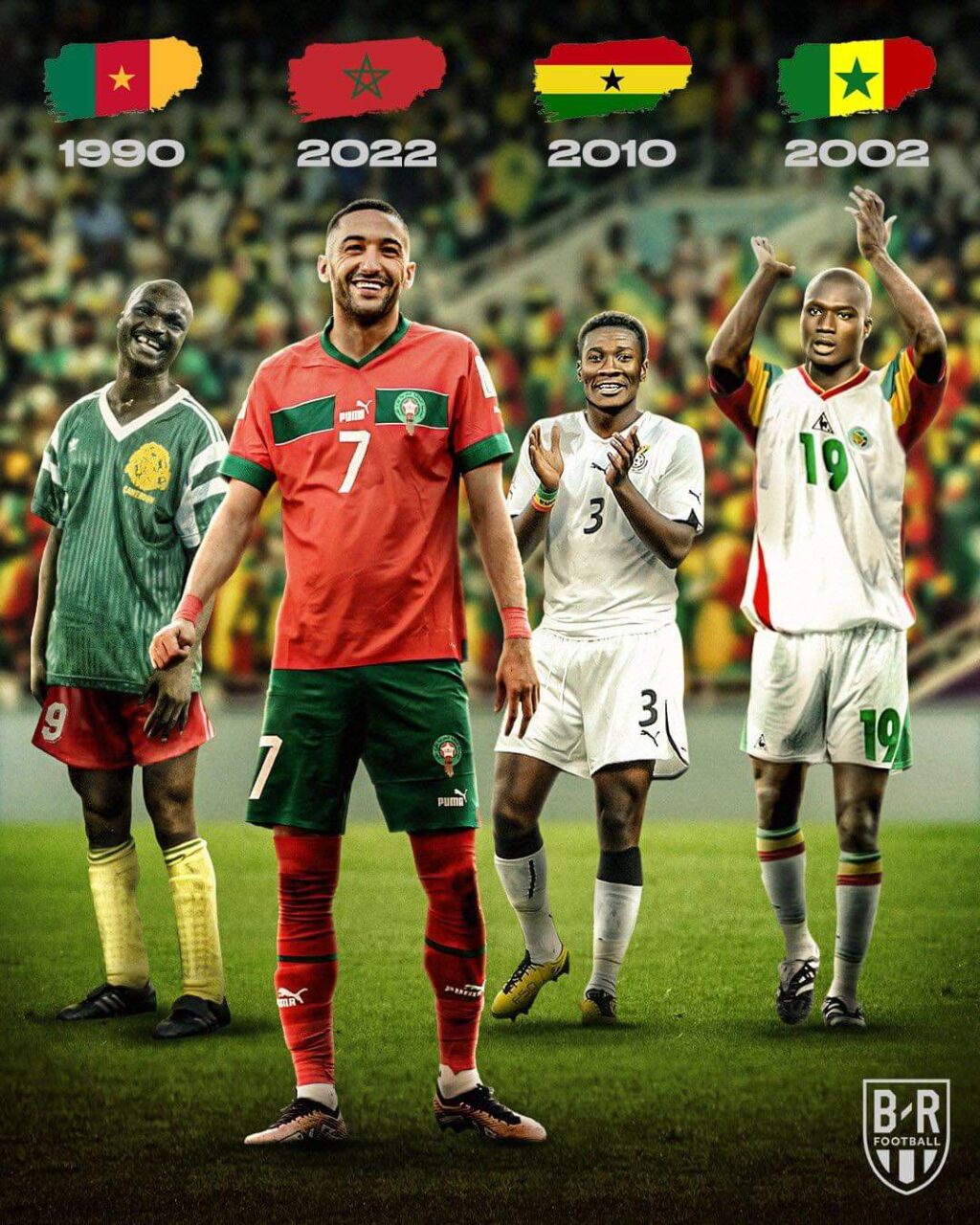 Historically, Cameroon was the first African team to reach the Quarter Finals of the World Cup.

Senegal emerged from Group A, beat Sweden in the round of 16, before bowing out to Turkey in the quarter finals.

In South Africa 2010, lodged in a group with Australia, Serbia and Germany, Ghana succeeded to get through to the round of 16. Asamoah Gyan became a hero, as his extra-time goal gave Ghana 2-1 against USA.

There was a dramatic twist in the quarter finals against Uruguay.

Luis Suarez was red-carded in extra time after a deliberate handball. Ghana was awarded a penalty but Gyan kicked the ball on the crossbar.

Ghana missed a sterling opportunity to reach the semifinals.

“I almost hit Suarez when I saw him after the 2010 World Cup” – Asamoah Gyan stated in an interview.

Ghana came to revenge against Uruguay in Qatar, but history repeated itself, Andre Ayew missed a penalty. Uruguay beat Ghana by 2-0.

2022, Morocco has become the fourth African country to attain the quarter finals. In the group stage, Morocco drew 0-0 against Croatia, shockingly beat Belgium 2-0 and triumphed over Canada by 2-1.

Goalkeeper Bono became the hero as he saved two of Spain’s penalties before Hakimi scored the decisive penalty.

So far, no African team has reached the Semi finals of the World Cup. It is expected that Morocco will break the deadlock.