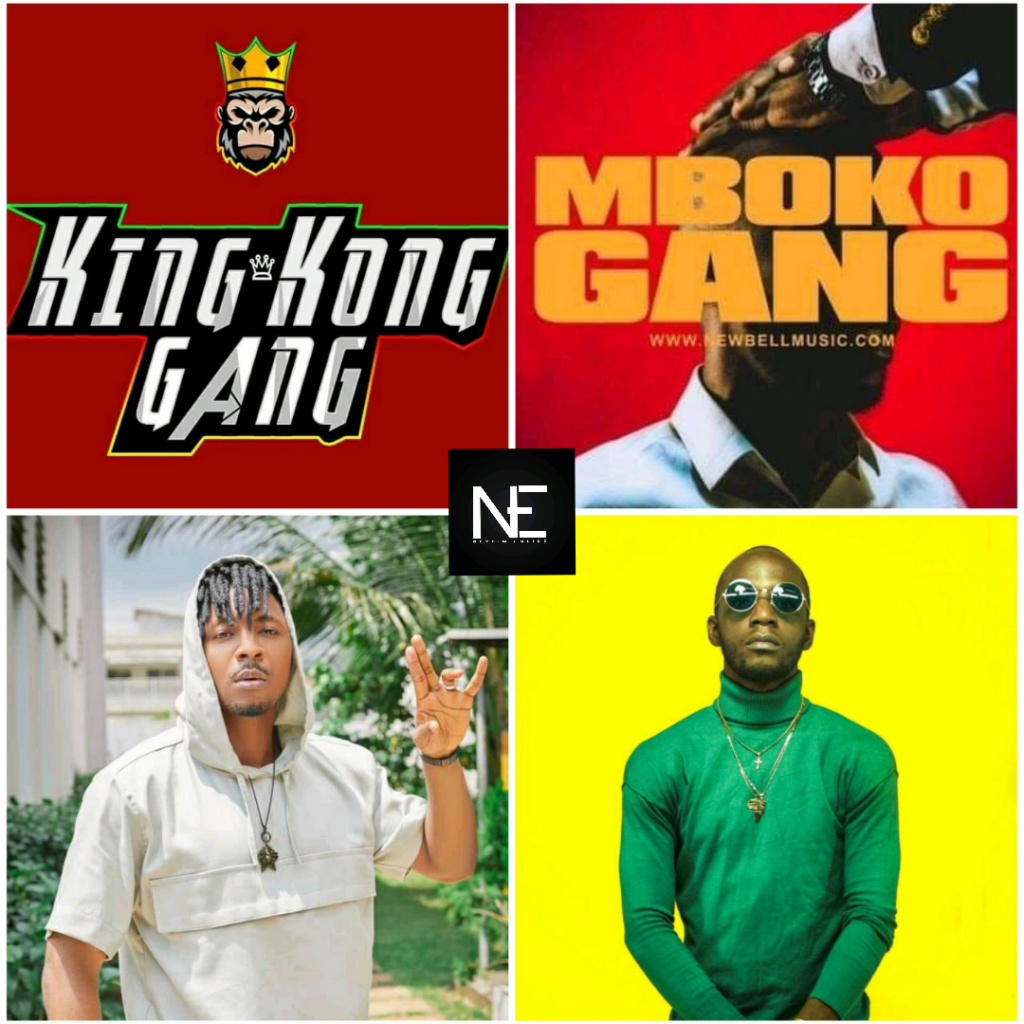 Stanley has left Cameroonians in awe after profiling Jovi on his Facebook page. It is a love gesture most belligerent fans didn’t anticipate. Reading from comments from both sides of the warring camps, it’s quite evident that Jovi’s side is adamant to accepting the peace bait by Stanley Enow. This can be explained using the phenomenon of “Schadenfreude” (harm-joy); modulated by the deservingness of another person’s failure,  the resentment and envy toward the person or group that failed.

With this phenomenon withing the fabrics of the music industry, can there be a ceasefire for good  between Stanley Enow and Jovi  ?

Some of Jovi’s disciples have a kind of fealty and loyalty to their leader to the extend that they tend to be blind to the virtues portrayed by Stanley Enow. Stanley Enow fans are highly critical of Jovi’s life that they don’t pay attention to the beautiful music he drops.
Jovi’s fans pay reverence to him based on his music and philosophy.
Stanley Enow fans are equally emotionally attached to his brand image and music business savvy. They are just okay with his music as long as he makes the right commercial moves with them.
Jovi exudes the persona of a purist and realist who is resolute with his decisions and conservativeness.
Jovi is not fond of posing for the cameras or a sucker for the glamour lifestyle. He rather believes in honing his craft individually and letting the music speak for itself. His fans approve of that persona and support him fervently. Jovi has turned down many international concerts and even snubbed MTV Award nomination while Stanley Enow won’t squash such opportunities.

Due to their utter variance of philosophy, Jovi fans always want to find a reason why it’s not legit to co-exist with Stanley Enow and his followers. The sole reason is because Jovi has painted a picture of Stanley being disrespectful to him, hence prompting his followers to inherit his enemy.
Some Jovi fans connote pessimism in every thing Stanley Enow does. I’ve seen how people claim he posted Jovi on his page  as a publicity stunt to promote his forthcoming single “Nyongo”.

Like in football,  pleasure for the out-group’s defeat is highly explained by the degree of dislike towards the out-group team.
Comparatively, the social comparison between Jovi and Stanley fans is deeper than what we see from the surface, exacerbated by loathing of out-group.

Over the years, Jovi fans have been delighting in Stanley Enow’s blunders. Likewise Stanley Enow fans find nothing good about Jovi depicting an image of him as being stagnant. In essence, Stanley fans equate Stanley Enow more to success. They do it passively while Jovi fans are more outspoken and aggressive.

Jovi fans would stop at nothing to backlash Stanley Enow’s music every time he releases new music, no matter how hard he tries. Even “My way” was criticized.

They find nothing good in what he does. Even bloggers loyal to Mboko god help in framing Stanley Enow as a bad artist. They chop out negative bits of Stanley’s  interviews to make them gain salience to the public; a media framing manoevre.

Stanley Enow is not perfect. He has made errors in the past and it appears he is now repentant.
The truth is Stanley had made some media outings that sounded derogatory to Jovi. A quintessence is the interview he did with Pulse Nigeria. When questioned about his rivalry with Jovi he said ;  “I think it’s jealousy, coz we’re doing big stuff and it’s not easy to see the younger one overtake you like that…they should not bring comparison between day and night”. This was putting Jovi an uncomfortable victim of begrudgery.
Maturity doesn’t come with age but comes with responsibility. Stanley has taken responsibility in making an about-face from certain things he deemed wrong. This is not the first time he’s making an attempt to throw a peace bait at Jovi. But it seems there are Cameroonians that derive pleasure in seeing the rivalry continue unabated.
This same feeling is evident in different forms of entertainment. In music, it’s rivalry and competition that prompts such a feeling. In football it’s not quite a bad feeling when the failure of another team increases the chances of success for your own team.

In our music industry, how does the hate on Stanley Enow affect Jovi’s growth as an artist. Likewise, how does hating on Jovi influence Stanley Enow’s career?

Two reasons account for this feeling amongst JOVI and Stanley Enow fans which can be explained by the Schadenfreude theory.

Schadenfreude is a compound of the German nouns Schaden, meaning “damage” or “harm,” and Freude, meaning “joy,” so it makes sense that schadenfreude means joy over some harm or misfortune suffered by another.

Causes of that the harm-joy feeling:

Self-esteem is an individual’s subjective evaluation of their own worth.
Stanley Enow believes with all his awards and personal achievements, why should he bow down to Jovi who has lesser achievements. He aired this out in the interview he had with Pulse Nigeria.

Jovi believes he his musically superior to Stanley Enow. So why should be bow down to someone he considers null in music. He has aired this view in several interviews and twitter outbursts.

Now,  this is the thought pattern Stanley Enow has changed by trying to throw a peace bait at Jovi.

Envy is an emotion which occurs when a person lacks another’s superior quality, achievement, or possession and either desires it or wishes that the other lacked it. Aristotle defined envy as pain at the sight of another’s good fortune, stirred by “those who have what we ought to have”
The grudge and competition between Jovi and Stanley Enow fans has morphed to a high level of envy.

All what has been yearning for is respect; his pride of place. Jovi revolutionized Urban music in Cameroon and kick-off a trend of creating relatable lyrics in pidgin; he dubbed “Mboko”
Jovi took the industry by storm in 2012 when he churned out his monster hit “Don 4 kwat”.
Jovi has unarguably been ingenious and adroit to embroider highly contextualized and relatable lyrics, painting a picture of our day-to-day lives in music. His unique style earned critical acclamation. The “H.I.V” album was phenomenal. Since then, Jovi has the highest number of songs released by a Cameroonian urban music artist.
A long list of rappers were inspired by Jovi. So, he deserves his respect in this game.

Stanley Enow is one of Cameroon’s most decorated artists. He rose to fame in 2013 after “Hein Pere” and since then his consistency has been overwhelming ; not just because he is the most talented artist churning out hit songs but because of his brand positioning and music business savvy. He should be given accolades for taking Cameroon urban music to the international stage.

Respect for others is an opportunity for progress. You become highly recommended.

Respect for others means maturity

When they learn to respect each other, they’ll peacefully co-exist. This will signify an end to the Schadenfreude instigated by fans.