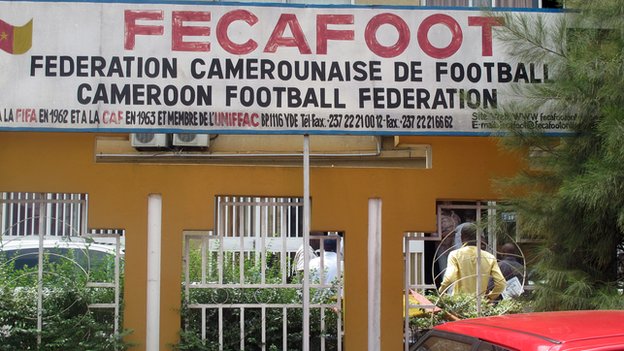 FECAFOOT has declared its intention to appeal to the Court of Arbitration for Sport (CAS) over its ban from world football, stating that it does not understand FIFA’s decision.

FIFA on Thursday announced the provisional suspension of FECAFOOT with immediate effect, citing government interference in the running of the governing body. FIFA said a normalisation committee will be established to revise the FECAFOOT statutes and to organise elections for new office bearers by March 31, 2014, at the same time as managing the daily business of the body. “It is a big surprise; I don’t see any government intervention in what happened,” FECAFOOT vice-president Essomba Eyenga told BBC Sport. “We will make an appeal to the Court of Arbitration for Sport.”

FIFA said in a statement: “The interference is linked to the occupation of the FECAFOOT headquarters by security forces who unilaterally decided to install one of the parties involved in the contested electoral process. As such, the authorities are clearly interfering with the internal affairs of FECAFOOT in contravention of articles 13 and 17 of the FIFA statutes, which oblige member associations to manage their affairs independently and with no influence of third parties. In addition, the occupation of the FECAFOOT headquarters is yet another example of the long pattern of pressure applied by the authorities since the electoral process started in February 2013 and FIFA already sent in the recent months two correspondences related to interference.”