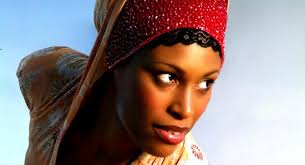 After successfully releasing a maiden album titled ''Mansaadi''  in 2008 , Cameroonian soul , jazz and rock diva Sandra Nkaké is back with a new album ''Nothing for granted''. This explosive album has an immense poetic and epic expression energized by her unique vocals. She worked on the album with flutist and producer Jî Drû. Having played roles in movies like Casablanca Driver by Maurice Barthélemy, King Guillaume by Pierre-François Martin Laval, Toi, moi et les autres by Audrey Estrougo, she still keeps pursuing a fruitful acting career. Get a taste of ''Like a buffalo'' off her brand new LP.

Tags: Cameroon jazz artist Like a buffalo Mansaadi Nothing For granted Sandra Nkake