Afro-pop sensation and unmatch’d beauty  MUSEBA has treaded the urban path with footprints that cannot be effaced. She debuted with ”Nayo” off a 12-track-album titled ”One day”. With an electrifying song and impeccable video titled ”Bom bom bom” unveiled in 2012, she was just that unexpected torpedo that took Cameroon by storm. Her ineffable charisma , irresistible charm, mellow-voice has attracted the affection of millions of fans across Africa. Her name ”Museba” which means in Duala language  ”Trumpet” is a signal of her soul-searching brass notes , panache and flair she’s brought in the Cameroon  urban music industry. NexDim caught up with ‘every man’s dream girl friend” for an exclusive interview about her career exploits and prospects. Let’s delve into her humble life!

MUSEBA: I’m just a young African lady who has a deep passion for music and other arts, I just wish to share it with the world all my life.

NEXDIM EMPIRE : So many people get confused about your origins. Can you please clarify the ambiguity?

MUSEBA: Yes ! lot of confusions. My Dad is Cameroonian, my mum is from DRC Congo and I was born in Abidjan.

NEXDIM EMPIRE: Did you ever nurse the thought that ‘bom bom bom’ could be successful?

MUSEBA: I was expecting it but I’m still looking for more success not only the positive one from ”Bom bom bom” but in a general view. So the best is coming soon !!

NEXDIM EMPIRE: What has been your experience after unveiling your single ‘bom bom bom’

MUSEBA: I got different and new experiences after ‘Bom bom bom’ about perfomances collabs around the world and I appreciate it. 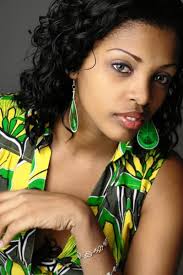 NEXDIM EMPIRE: How was your expedition in Abidjan?

MUSEBA: Abidjan was crazy good ! I was born there and it’s always good to go back home and see my family. I got the opportunity to perform at Kim Kardashian’s Night in Abidjan and I’ ve done my next upcoming single there too with an Ivorian sound producer.

NEXDIM EMPIRE: Is there any significant difference between the urban music scene in Ivory Coast and Cameroon?

MUSEBA: There is a big difference ! Abidjan offers lot of events and platforms, TV shows every months in the music industry. They respect artists no matter where you come from and they are well organized (professionnal). I hope our Camerounian industry will take this example.

NEXDIM EMPIRE: Are you planning on any tour or concerts in Cameroon?

MUSEBA: No tour actually only showcase as we did for some Night Clubs in Douala and Yaounde cuz  I’m moving a lot and I’m working on new projects .But I wish to make it happen later.

NEXDIM EMPIRE: Is your beauty and charm an additional attraction to your music?

MUSEBA: I think yes. But it is just an additional one as you said , the art is definitly the basic one.

NEXDIM EMPIRE: Does it work positively for you?

MUSEBA: I will reply positive and negative because some people just think that after beauty an artist like Museba does not have a brain; so I’m showing that it’s not a general case!

NEXDIM EMPIRE: Can you consider yourself successful after releasing ‘bom bom bom’

MUSEBA: As a humble person, I will say that success is a long road of hard working, perseverance, courage and opportunities. So it’s the begining of a story, ‘Museba’s story’.

NEXDIM EMPIRE: What’s your plan after being applauded by millions of fans across Africa?

MUSEBA: I’m still working on new stuff and especially on my new single.
I have some performances out of Cameroun too.

NEXDIM EMPIRE: Who do you wanna work with in the future?

MUSEBA: I wish to work with every people who can inspire me. And there are lot of!

NEXDIM EMPIRE: How do you cope with fan hysteria or excitement?

NEXDIM EMPIRE: What do you often do outta  music?

NEXDIM EMPIRE: Are you married?

MUSEBA: Not yet. I wish one day.

NEXDIM EMPIRE: What’s the most embarrassing experience you’ve ever had in your career?

MUSEBA: Aww! I’ve  worked with some people in Cameroon who don’t understand that “time is money” and who weren’t honest and enough passionated about their business. But I think it was an experience which taught me lessons. Now it’s the past.

MUSEBA: My best experience has been performing from zone to zone and meeting new people .

NEXDIM EMPIRE: What’s your advice to up and coming artists?

MUSEBA: Work hard, create opportunities, stay humble and go where you are celebrated not tolerated.

NEXDIM EMPIRE: It was nice having you on nexdimempire.com.We impatiently await your new single.

MUSEBA: I’m very touched about your attention and I wish all the best to Nexdimempire ! Big love !