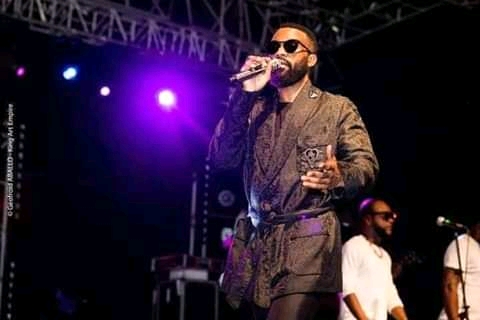 “I don’t like villagers” – Fally Ipupa angrily derogates his fans

Fally Ipupa’s concert at Canal Olympia was jammed to capacity with over 10.000 fans.

Fans , desirous to see their star Fally Ipupa mount the stage got bored due to the delay. This prompted them to start throwing bottles at Cameroonian artists who were performing. Surprisingly, even when the Congolese music icon came on stage, fans continued hurling bottles at him. Pissed off and disappointed , he called them “Villageois” .

Ténor also caused uncontrollable frenzy when he stripped off his trousers and flaunted his “johnson” packaged in boxers.

The show was however thrilling with breathtaking performances by Blanche Bailly, Shan’l , Magasco and KO-C .